Clay Cross once had a public house every few yards.

Just some of the pubs of Clay Cross. Most of the have now gone, some completely demolished. Few are still open but like all other pubs throughout the country they are finding it hard to carry on.

The Covid Virus in 2020 has made it even harder for them to go on. Lets hope to see them open again soon.

The Six Halts name refers to the narrow gauge railway (Ashover Light Railway) built and opened in 1924 for The Clay Cross Company. It ran from Clay Cross to Ashover Butts and had thirteen stops and Six halts.

The George And Dragon Clay Cross is the oldest public house in the town. Built on the crossroads that give the town its name.

Lets have a look down Market Street

The Gardeners at the top Market Street Clay Cross

The Old English Inn is just down Market Street from the Gardeners on the corner of Bridge Street. The pub changed its name in 1988 from the Furnace Inn

The Last Orders is the next pub down Market Street Clay Cross. In the past it called the New Inn.

A few steps down the road is the Nags Head

This was once a pub in the leisure centre. Now closed and made into a gym

This pub stand on John Street

The Snooker Centre stand across from the Six Halts. Once called the Hotspot in the early 1970. Before that it was used as Clay Cross Social Centre. In WWII it was a war a P O W Camp, Clay Cross Drill Hall

The crown stood on High Street nets to the carpet shop (T Nutt &Son) Clay Cross. The crown was demolished in the late sixties.

This was once a pub on Eyre Street Clay Cross it closed in 1907. It was the a Workings Mens Club. A plaque was still visible until the wall was rendered some years ago.

The Elm Tree closed its doors for the last time in 2013. It was converted into residential in 2019.

The Victoria Hotel was closed many years ago. The building has since been a doctors surgery and Clay Cross Council Offices

The Shoulder Of Mutton

The Angel stood across from the Shoulder Of Mutton near to the crossroads (Traffic Lights) It was demolished in the late sixties. Bungalows was built on the land in 1971

Charlies Bar is the first pub on Thanet Street. Was called the Canon in the 1980s and before that it was the Kings Head. It was known then as the Clay Cross circus due to the acts on the small stage in the corner.

The Prince Of Wales

Bestwood WMC was further down Thanet Street. Once a thriving local club that had people queuing down the road to get in to see the acts and play the Bingo.

The Buck Hotel was on the crossroads the corner of Thanet Street across fro the George & Dragon it closed in 1956.

The Dusty Miller stood across from the King Head, Canon,Charlies Bar. The pub closed in 1910 but the building was then turned into a shop and demolished in the late 60s standing on the land is Ryknald Court built in 1971

Tell me the pubs I have missed out Contact Me

Get your space on this site 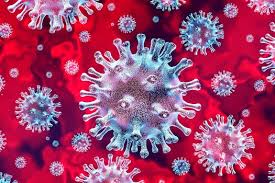